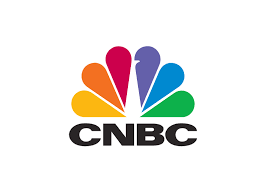 Among the many market revelations to arise from the pandemic, one of the most obvious is that the health-care sector remains, in many ways, under-invested. While Covid highlighted a former No. 1 Disruptor whose technology bet was prescient, mRNA vaccine maker Moderna, Warren Buffett’s references to health-care costs as a “tapeworm” on the American economy remain true, and provide a contrast to the other side of the equation, where spending on health-care innovation remains in its early days.

Tempus, created by Groupon co-founder Eric Lefkofsky, is applying some of the most heavily-funded technology concepts — artificial intelligence and data analysis — to building a better, more informed medical profession. The lack of diagnostic testing early in the Covid-19 outbreak was an example of how a system as mature as our health-care infrastructure can still be unprepared for the future.

The company’s at-home testing kit was quickly rolled out during the pandemic, but the problem Tempus is attacking is not Covid-specific. The Tempus idea came to Lefkofsky during frustration with the health-care system after his wife received a breast cancer diagnosis. Oncology is a primary focus and the company’s genomic tests are designed to understand tumors at the molecular level and tailor treatment to individuals.

Next-generation sequencing technology at its Atlanta and Chicago labs each work with over 1 million samples annually, as well as thousands of oncologists across the U.S., as it mines the data to accelerate drug development and treatment options. Tempus already works with some of the biggest drug companies in the world, including Bristol Myers Squibb and Bayer, on cancer research.

Its whole exome genetic testing — among the broadest ways to search for the genetic signatures that mark certain diseases — is a core component of a parallel effort by Tempus to create better outcomes in mental health and with conditions like depression.

Its accomplishments are increasing and showing that the power of AI within health care can be widespread. Earlier this year, the FDA granted a breakthrough device designation to a platform it developed in collaboration with hospital system Geisinger to prevent strokes. The technology — which uses AI to analyze results from a common clinical test — identifies increased risk of developing atrial fibrillation (AFib) or atrial flutter, which is a leading cause of stroke, and often gets missed. Researchers and data scientists from Tempus and its partner used 1.6 million test results to train a neural network to predict the risk of stroke in a 12-month period.

The company boasts the world’s largest library of molecular and clinical data — from clinical notes to lab reports, pathology images, and radiology scans — to better understand each patient case so doctors can make better real-time decisions. This year, that information effort took several steps ahead.

In January, Tempus ONE was launched, with near-30 petabytes of data collected through its platform in recent years and available in a voice-enabled, handheld device, giving doctors real-time access to all of its clinical insights.

Just this month, Tempus unveiled the Lens platform, providing scientists and researchers in the biotech and pharma sectors working on drug discovery with on-demand access to more than 35 petabytes of de-identified clinical and molecular data sets.

The Tempus board added a big name this year when CRISPR co-inventor and 2020 Nobel Prize in Chemistry winner Dr. Jennifer Doudna, joined. And the company’s funding has grown, topping the $1 billion mark in venture after a $200 million deal in December 2020 that included Google as an investor.